2012-2013, Executive Director of Habitat for Humanity – Gila Region.  While providing all management and administrative support for construction of homes and ReStore operations, caught up years of delinquent legal requirements and investigated pressing legal issues for the organization.

1986-2012 Jean Eisenhower Community Relations clients include:  Southern Arizona Taskforce Against Domestic Violence, KXCI Community Radio, Sky Island Alliance, Food Conspiracy food coop, Development Center for Appropriate Technology, Women for Sustainable Technologies, the Silver City MainStreet Project, and the United Way, for which I managed a local fundraising project that faced a serious PR challenge across the nation, and our region was the only one that increased giving over past years.  Along with non-profit groups, worked for musicians including humorist Greg Tamblyn.

1996-1999, built a real estate business, counseling clients on environmental design aspects of their homes, to almost $5 Million in sales in 1999.  My 45 office colleagues at McGinnis Better Homes and Gardens voted me “Realtor of the Year” for “exemplifying professionalism and ethics.”   Taught in-house courses in organizational skills and marketing.  Just before leaving the industry, was offered the management of my franchise’s cornerstone office, overseeing 65 agents and $80-100 Million in contracts per year.  Declined, to relocate to Arizona.

1992-3, co-managed a $3-4 million-per-year international bird watching tour company, WINGS, in Tucson, the third-largest birdwatching tour company in the world, handling customer relations for 200 tours per year.  Was offered ownership of the company for sweat equity, as “the only person [the owner] had found who could manage it all.”  Serious illness in family prohibited accepting the offer.

1989, co-organized the first Permaculture Design Course in the Southwest, bringing Bill Mollison, creator of the Permaculture movement (and recipient of the international “Right Livelihood Award,” called “the alternative Nobel Peace Prize”), to the United States.  Also conducted Permaculture workshops, hosted workshops for other instructors, and consulted other Permaculture designers on developing their businesses.  In 2000, Bill Mollison awarded me a Permaculture Service Award.

1984-6, after volunteering for years at KXCI Community Radio, became an underwriting representative, then Director of Underwriting, designing the station’s first professional sales materials, training new staff, and increasing sales significantly.  In 1987, as independent contractor, launched “The 220 Club” and raised funds to purchase, renovate, and move into the new home.

1978, organized for the Cincinnati Coalition for Peace Education a series of teachers’ trainings in peace education and the first regional (5-state) peace conference, which the keynote speaker, Sidney Lens, called “the best organized conference I’ve ever attended.” 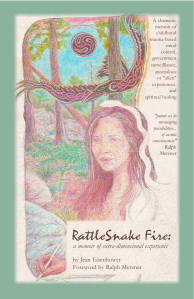